Death of a Model 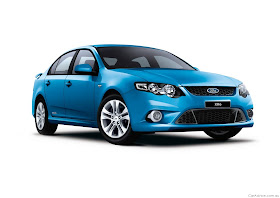 This is about the death of certain car models. Most are cars that a car guy would never care about, like the Aztek, the Caliber, or Eclipse. However, there are models that span over several generations that you think will never die out, no matter how many redesigns (good and bad), how many engines (good and bad), or how many versions of one model (good and bad) there could be, you always root for that model when it comes to magazine comparos and you always promise yourself that one day you're going to buy a new one (or old one). It becomes a part of your life and it haunts your dreams to the point of insanity. One day, the company listens to the bean counters and it's decided that they aren't selling a million a year, so it needs to be eliminated from the lineup. It upsets you, makes you feel like someone killed your puppy. It just isn't fair! What am I going to do?? Well, you're not the only one who has felt like that, I guarantee it.

For me, one of these car models is the Australian Ford Falcon. I just read an article from Autoblog.com that Ford had decided to cease factory operations in Australia. In other words: They want to shut down the only factories they have there that produce Australian only models, they want to make Ford's Australian lineup all "Global" vehicles. Slowly Ford has been pulling back its production down under and it looks like they will eventually pull the plug all together. This means that one of my favorite cars of all time is going to be discontinued. By the sound of it, it looks like it will remain alive until 2016, but it still sucks knowing of it's impending death. This actually isn't new news, I just forgot about it. 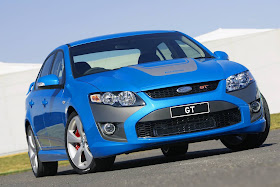 You're probably asking right now: "Why do you care? You live in the United States. They don't even sell that car there. How is this affecting you?" Well, you must not be a car guy then.

Car guys lust after things that are within reach and things that are waaaay out of reach. This is one of those waaaay out of reach type of things for myself. I used to have dreams of moving to Australia a long time ago, there's just something I enjoy about the Aussies. I enjoy the culture, the beautiful country, the people, and their accents. That move however, did not happen and here I am sitting in my living room here in good old Farm Town, USA. So, I get to lust over the Ford Falcon from afar.

One of the other disappointing things I read was that the Falcon will be replaced with the Taurus. Seriously? The Taurus? Well I guess they have to give the Australians something, even if it's an overweight, bloated pig. Now don't get me wrong, the Taurus is a fine car. It was built for the masses and it does everything it's supposed to, but if you've seen one in person, you know that it looks a little bit disproportionate. Also, on paper, the Taurus is heavier than the Falcon. Much heavier. Like 500-700 lbs heavier. I'm just not sure that the Aussies will like a car that was built for Americans. The Falcon Faithful are going to be a little more than disappointed though, the Taurus is automatic only and comes in either Front-Wheel-Drive or All-Wheel-Drive, not the Rear-Wheel-Drive platform that they're used to hooning with. 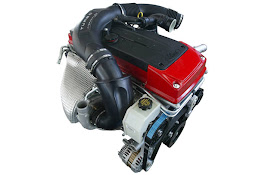 One last thing that is also disappointing is the loss of Ford AU's bulletproof 4.0L Inline-6 engine. They are one of the last companies to use an Inline-6 engine. Their engine has just as much power (if not more) as the V6 that comes in the Taurus and it definitely has more torque. The Turbo version has as much horsepower as the EcoBoost V6 in the SHO and still more torque. For those who have never had the chance to drive something with an Inline-6 engine, do yourself a favor and drive one. They are the smoothest and torque-iest engines to have in a vehicle. You'd be surprised at how strong Inline-6 powered vehicles pull off the line. It's a great engine and it's too bad it has to go too.

I guess my point for this post is that it's always disappointing when a car maker drops a car that's been around for a while and shaped our lives in some fashion or another. It like Ford's decision to drop the Crown Victoria or GM's decision to drop the entire Pontiac lineup. I personally have cars that I like from almost every car company from the USA, Japan, and Europe. It's sad for me when they let the bean counters win and decide to drop good models that they don't want to spend the money on to retool for an updated model. The death of the Ford Falcon for me is as significant as if the Ford Mustang were to be discontinued and what's interesting is the Falcon has been around longer than the Mustang and the Mustang was originally based off the Falcon.

Another thing that came to mind is that this will also mean the end of the Ford Falcon Ute. A vehicle we once knew as the Ranchero, it wasn't very popular here, but proved to be popular in many ways down in Australia. Since Ford wants to stop production of specific vehicles for specific countries and focus on Global Vehicles, this definitely means the end of the Ford Ute. Holden has no intentions on stopping production of their Ute (as far as I know), but that doesn't mean that it may not be far behind if GM chooses to do the same. So this means not only will one model be axed, but two. Realize as this happens, they will be shutting down factories, which means many Aussies will be losing their jobs.

I can only imagine how people all those people feel.
SyntheticBlinkerFluid at 1:18 AM
Share